Why are we called 3rd Reef Divers? 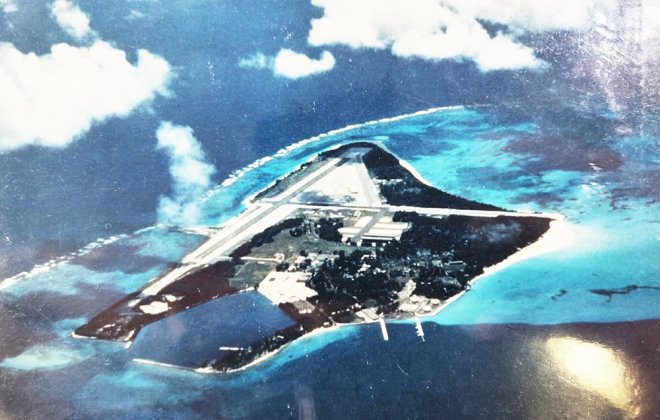 Midway Atoll is considered one of the most remote places on Earth, this historical landmark shares many wonders and yet, still holds on to its many secrets above and below the surface.

On October 31, 1996, the Department of Defense, U.S. Navy, transferred administration duties and care, over to the U.S. Dept. of Interior, Fish and Wildlife Services.

Due to the Atoll's strategic location, natural beauty, and incredible wildlife, the funding to continue operating some of the infrastructures presented a challenge. The idea of opening Midway Atoll to the public was proposed and we were offered the opportunity to be the first dive operation on Midway Atoll offering scuba to the public.

Now, besides us… there were 2 other contractors on the island. We had the Deep-Sea Fishing Outfit and the Eco-Tourism Group. We arrived in June of 1995 and began work on building the dive shop and 5 months later our Full-Service Scuba Center was complete, the Fishing People were ready to fish, and the Eco-Tourism group was ready to tour!

“Let’s have a party and celebrate all our hard work… LUAU!”
Now this is where it really gets interesting!

So, the plan was for the divers to go out and grab some lobsters, the Fish People go catch some fish and the Eco-Tourism group go get the drinks.

We leave the harbor on one of the fishing boats and we were directing the Captain to these 3 reefs that we had explored earlier. We’re setting up our gear and on the way to the 1st reef when the Capt. yells out, “Shark!”

I quickly look up to where the Capt. was pointing, and I see the dark figure of a large ray.

The Capt. says to me, “aye, you’re right, it is a ray…. But there’s the shark!” What I saw was one of the biggest Tiger Sharks I have ever seen! Must have been at least 20-foot-long and as big around as a cargo van! In fact, it was so big that we believed we discovered a new species of Tiger Shark, so we named it, “Maximus Colossus Giganticus King Tiger!”

The Capt. smiles and asks, “whatcha wanna do? I reply, “Let’s continue on to the 1st reef.” We get to the 1st reef, we’re about to put our gear on when the Capt. shouts, “Shark!” This Tiger Shark has followed us!

The Capt. smiles and again asks, “whatcha wanna do?” I reply, “could you take us to the 2nd reef?” We arrive at the 2nd reef and again…. “Shark!” The Capt., now laughing asks me, “So, whatcha wanna do?” “Take us to the 3rd Reef!” We arrive at the 3rd Reef and we’re finalizing our dive plan and about to enter the water when…… “Maximus Colossus Giganticus the King Tiger Shark emerges from the depths and starts circling the boat!” I look at my dive buddy and best friend and ask, “What do you want to do bro?” He responds without hesitation, “Brother if you go… I go!” We give each other a “High-5”, enter the water at the 3rd Reef, grab some very large lobsters, and have a great party that night!

Now, you may be saying to yourself, “you guys are crazy” or “what were you thinking?” Please allow me to explain…

Let’s get started, share some stories and build some great memories together!